You can reach me also on:
– my discord server (but be aware, I’m not always online there)
– the Adult forum F95zone
– Patreon (if you really want to “throw” money on me)

Or of course with a good, old email

Some facts about me:
Age: a very old fart
Height: in contrast to ants really huge
Weight: I could use a weighbridge, so…
Hair: tends between grey and invisible (and a little bit dark brown is also left)

Some facts about my game Mods:
After playing some (many…) adult games I started making Mods for them in Dec. 2019 – basically I wanted to add music and sound for those that don’t have one. Later I’ve begun to also integrate some more functions like status screens, cheating functions and walkthroughs to my Mods, too. Funny thing: mostly they are needed for myself to test my audio addons…
But: don’t expect too much, I’m still a complete newbie in doing that, especially in “programming” in Ren’Py.

Some facts about my photoshoped pictures:
I’ve been doing image editing/manipulation quite a while now, I think the beginning was in the early nineties (yes, in the last century / millennium).
But only myself as a hobby, not as professional.

For me a funny thing is, everybody says “photoshoped”.
But I’ve never really used this program.
Mostly similar ones, but never the original.

Feel free to use/save the ones on this page for private use.

Not sure if this the place to make requests, but I’ll give it a shot. Not sure if you’ve ever played Power Vacuum by What?Why?Games, but it’s really very good. The only thing I don’t like is that the dev decided he couldn’t figure out how to make human erotic sounds that were satisfactory for him. If you could create a mod that includes those sfx, that would be hot. I saw elsewhere that you might have to wind down on modding, but figured I’d throw it out there anyway, in case things change for you and you like the… Read more »

Thanks for the suggestion. But as already answered below adding sounds is very time consuming, I can do that only for a few games anymore. Also this one is a sandbox/free roam game, not my preferred game style (the last one I tried to play is years ago). And even more a nightmare to mod for me (did one or two long ago, avoid them now).
Unfortunately have to pass here.

Thanks for the response, and I get it. I’m not normally into sandbox/free roam VNs either, but PV has a very handy in-game walkthrough that takes out the guess work, so this one happens to work for me.

Keep up the great work on the mods you are doing, and I wish you a happy new year!

Hi, just curious: Why do you not add audio for every mod? I see that you were initially motivated to add music and sound to games, but when I look at your mods, most of them seem to include music and jukebox, but not audio (which I take to mean sfx). If you mentioned this somewhere before, sorry for asking, not sure where I would find this info without asking.

Hi. Yes, when I started with my Mods I actually only did the music and sfx. But after doing some more Mods and also added other functions (WT, cheat etc) I noticed that the sfx integration is very time consuming. Even more then adding music, which is already a big part of the modding time. I therefore decided to do that only on a few ones like Rebirth/Guilty Pleasure etc.. Mostly games with small updates so i can still handle it. Also it depends on the game content/writing itself, too. I tried adding sfx for other games also. But for… Read more »

Yes, makes sense, and thank you for the prompt response.

Thanks for the suggestion, but I have to pass here. Didn’t played the game before, and after a quick look it’s not possible to do a proper WT without knowing the gameplay in detail. Sorry.

Thanks and keep up your nice work

Hello!
I know your patreon side, keep dropping in there regularly. But until now I always overlooked that there is another website of yours – this one!
I’ve been poking around here for almost an hour now, it’s just crazy! My belly is aching from laughing about your Photoshop pictures, and the jokes are hilarious, too. And now I take a closer look at your list of played games – really cool!

Just wanted to say thanks and keep up the good work!

Thanks for the game mods!

Hello Koga, also thanks for this really funny site you made. No joke, I found it by searching for a bike (KOGA)! I thought I have to tell you that funny “mistake” too. Now I’m reading and reading and reading on your site and laughed my ass off from your pictures. I’m even interrested in these games you made your photoshops, too. I hope my englisch is good enough for them, I will see. Of course I will visit your pages here from time to time – I made a bookmark, but must have to hide it from my wife… Read more »

HaHa, “hide it from my wife”, HaHa…
You are of course very welcome if you want to visit my site more often. And don’t worry about your English skills – I’m not very good at it either.

Really funny site! Your pictures are incredible, could not stop laughing.

Now I have a perhaps stupid question: Is all this really made by you alone? I mean, there are so many pictures! And a really professional looking site! And if I remember correctly, also a second site (right, on Patreon). According to your changelog many website updates. And you do mods, some game reviews…

Do you actually sleep once? 😜

HaHa! Yeah, it’s a little time-consuming. But don’t worry, I can still get some sleep!

To your first question – Yes, this was all done by me. But I like doing it, so it’s not a “burden” for me. And since it is only done by me as a hobby, I can also reduce it at any time, if necessary.

And finally to everybody out there: Stay healthy!

Found this page by accident. I have to say, this is really funny! It’s naughty – but you “warned” us. Keep up the good work! From now on, I’m gonna have to check in here from time to time…

You said you don’t use Photoshop. May I ask which program you use instead? By the way, great site!

I am using “Affinity Photo” for about 2 years now and I am very happy with it. Before that it was an older version of Corel Photo Paint for many years. Also a good photo editing software, but the update to the current version was too expensive for me (also the main reason why I didn’t use Photoshop)

Thanks, but what funny stuff? 😉

ha ha, funny site!
Are you from Austria? If so, me too!

Thanks!
A funny thing too: My name is also Karl…
And yes, I am from Austria
(for the others: NOT Australia 😉 ) 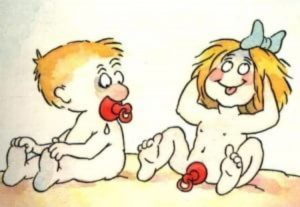 Welcome to the world of KoGa3! Mostly you can find here on this page all of my Game Mods I've…

Reviews: I've started playing such "naughty" games / VNs since middle 2018. In the beginning mainly because of the lewd…